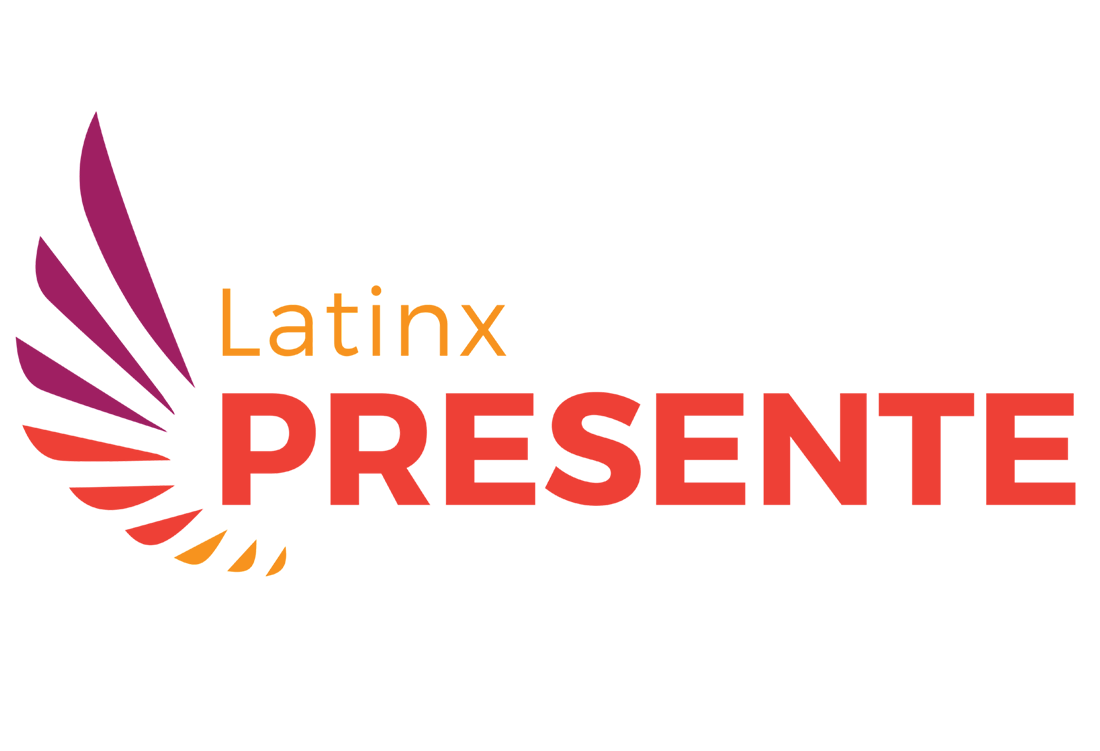 A BOARD INSTITUTE TO BUILD A MORE EQUITABLE & REPRESENTATIVE CITY

Latinx Presente aims to increase greater educational equity for Latinx students through board representation. The growing Latinx population in New Orleans has not been met with an equally growing body of Latinx representatives. The Latinx Presente Board Institute will select and develop local Latinx community leaders. Over the course of the program sessions, the institute will prepare Latinx leaders to serve on local education and nonprofit boards in order to increase Latinx representation in governance. Additionally, the program will also provide leaders with non-partisan candidate trainings for those interested in running for public office. 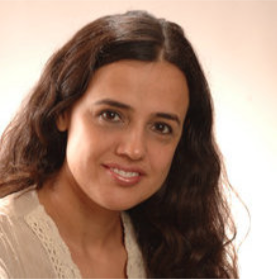 Tatiana, a New Orleans resident since 2010, earned her masters degree in music therapy from Loyola University New Orleans. Since becoming a board-certified music therapist in 2013, Tatiana worked with local population including adult psychiatric patients, at-risk youth, and Central American children recently arrived to United States with history of trauma, PTSD, and acculturation issues. Additionally, Tatiana has professional training and experience as a clinical psychologist working with hospitalized children in her home country of Colombia and certified training in specialized trauma-informed and grief interventions here in US. Tatiana, bilingual in Spanish and English, approaches her work from a multicultural perspective and feels proud of utilizing music as a therapeutic and educational tool that facilitates self-expression, empowerment, and healing; particularly in children and youth. 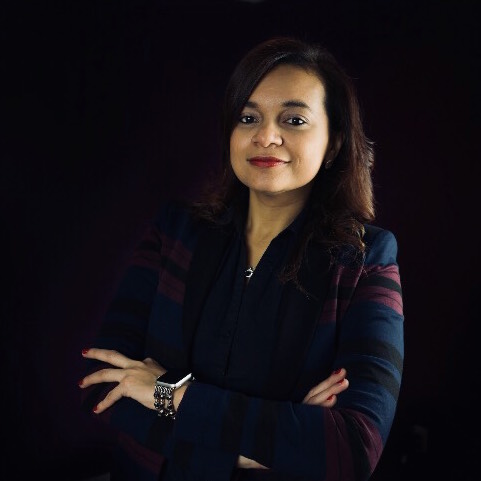 Taslya Breve was born in Honduras and raised in Brooklyn New York but has been calling New Orleans home since 2003. She started her career and community involvement while in college well over 10 years ago. She’s part of the Marketing team for Telemundo 42 New Orleans and serves as an Education Community Developer for Garifuna Community Foundation and En- Hakkore Community Center in the greater New Orleans region. She is also the host of The Causeway Show, a christian radio show through Radio Vizion whose mission is to highlight community leaders lives, generate opportunities for those in need and inspire the community to reach their full potential.

Taslya lives in Metairie and is a passionate single mother to three kids. 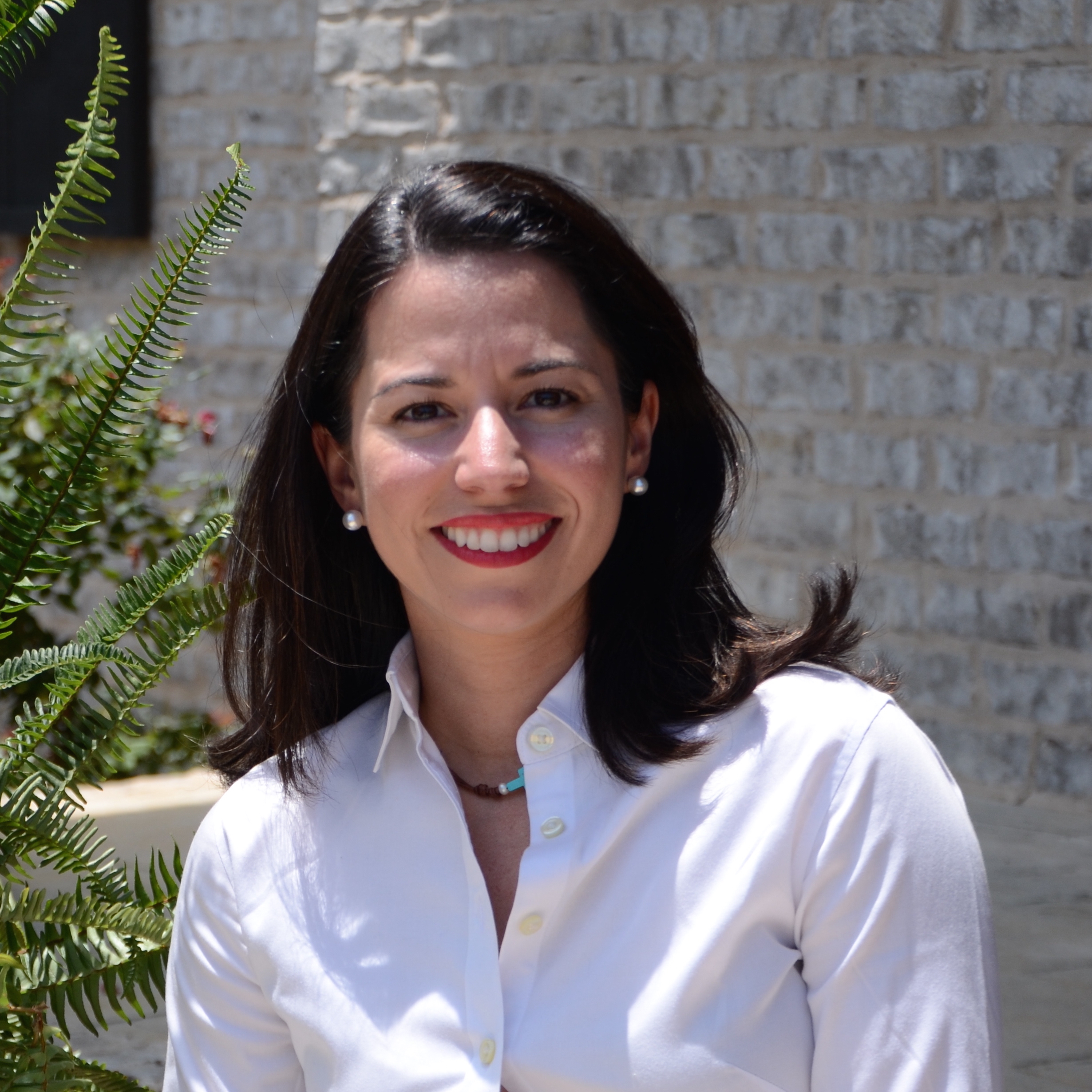 Mariana Hurtado Williamson is a Superintendent of Turnaround Planning at the Valero Meraux Refinery. In this role, she oversees planning of maintenance turnaround events in the facility and ensures maintenance work is planned according to site policies and industry standards. She previously held roles at this refinery as Superintendent of Maintenance Planning and Senior Mechanical Engineer.

Mariana holds a Bachelor of Science in Mechanical Engineering from Louisiana State University and a Master of Business Administration from the University of Florida. She moved to the United States from Venezuela in 2003 to attend Louisiana State University and stayed in the United States. In her spare time, Mariana spends time promoting STEM to young kids and encourages young girls to pick up an interest in Engineering fields. She received the 2017 Ada Lovelace Award in the STEM Educator category for her efforts promoting STEM to girls and young women.

Mariana resides in New Orleans with her husband Kirk Williamson. She enjoys running, cycling, and reading and loves to spend time outdoors. 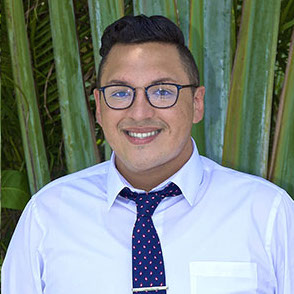 Jancarlos “J.C.” Romero was born in New Orleans and raised by a Nicaraguan, immigrant single-mother.  J.C. has dedicated his entire professional career to youth development and formal and informal education.  He has served as a student affairs advisor at Delgado Community College, a youth engagement leader with a local Latino development non-profit, and a teacher and school leader in the region.  Most recently, J.C. served as the Assistant Principal of a K-12 international school in Thailand, until his return to New Orleans in June.  He now serves as a Principal-in-Residence with IDEA Public Schools, a college preparatory charter school network, where he is working to develop the skills necessary to launch his own high-performing IDEA elementary school in New Orleans by 2020.

J.C. enjoys remaining active in the community and has served on local boards, including the LGBT Community Center of New Orleans and the Louisiana Equality Foundation.  He believes deeply in working to develop people’s capacity for them to be effective change agents within their own communities.

J.C. holds a Master of Education degree from Northeastern University, and he is currently finishing his Doctor of Education degree in Heritage Leadership for Sustainability, Social Justice, and Participatory Culture at the University of Missouri-St. Louis, where he is set to graduate in summer of 2019.  J.C. lives in the Carrollton-Riverbend area of the city with his fiancé, Alex, and their two dogs. 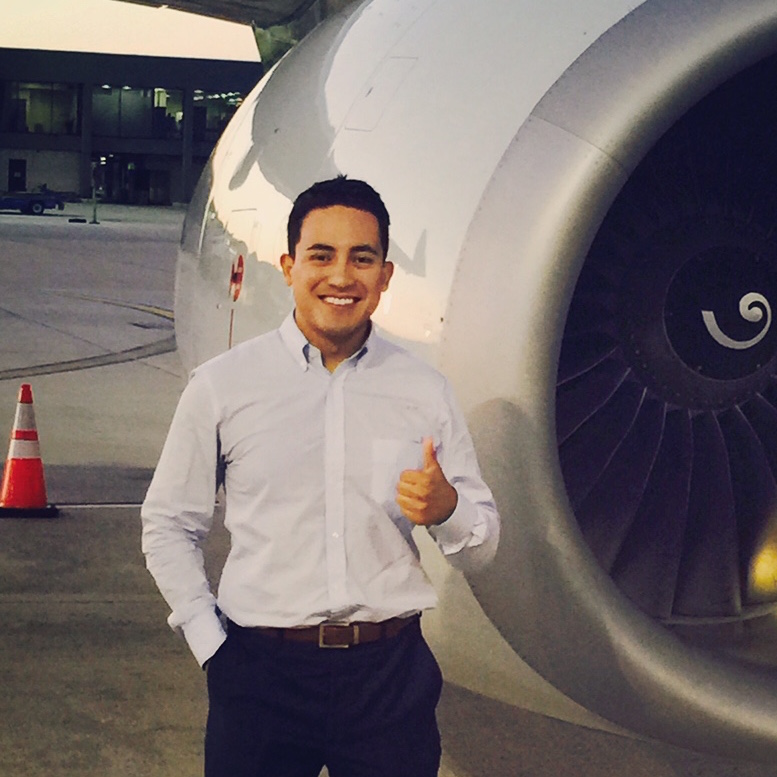 Ernesto Posadas is the new Sales Executive for Copa Airlines in the New Orleans region. Ernesto was born and raised in New Orleans. He is first generation American born of a Honduran Mother and a Guatemalan Father. He attended Jesuit High School in New Orleans and proceeded to obtain a degree in Political Economy and International Development from Tulane University. Before assuming his current role at Copa Airlines, Ernesto held the position of Marketing Representative for a State Farm Insurance Agent. Ernesto is extremely proud and excited to represent the first international flight connecting New Orleans with Latin America in over 10 years and understands the importance of his role to the city and region. He spends his spare time at his local crossfit gym, keeping up with global events, and remaining very active on various boards and committees in the greater New Orleans region including: GNO Inc Next Gen Council, Hispanic Young Professionals Vice-Chairman, Hispanic Chamber of Commerce General Board,Committee for a better New Orleans Advisory Board, Jefferson Chamber Young Professionals, the CAC Advisory Committee, World Trade Center of New Orleans International Business Committee. 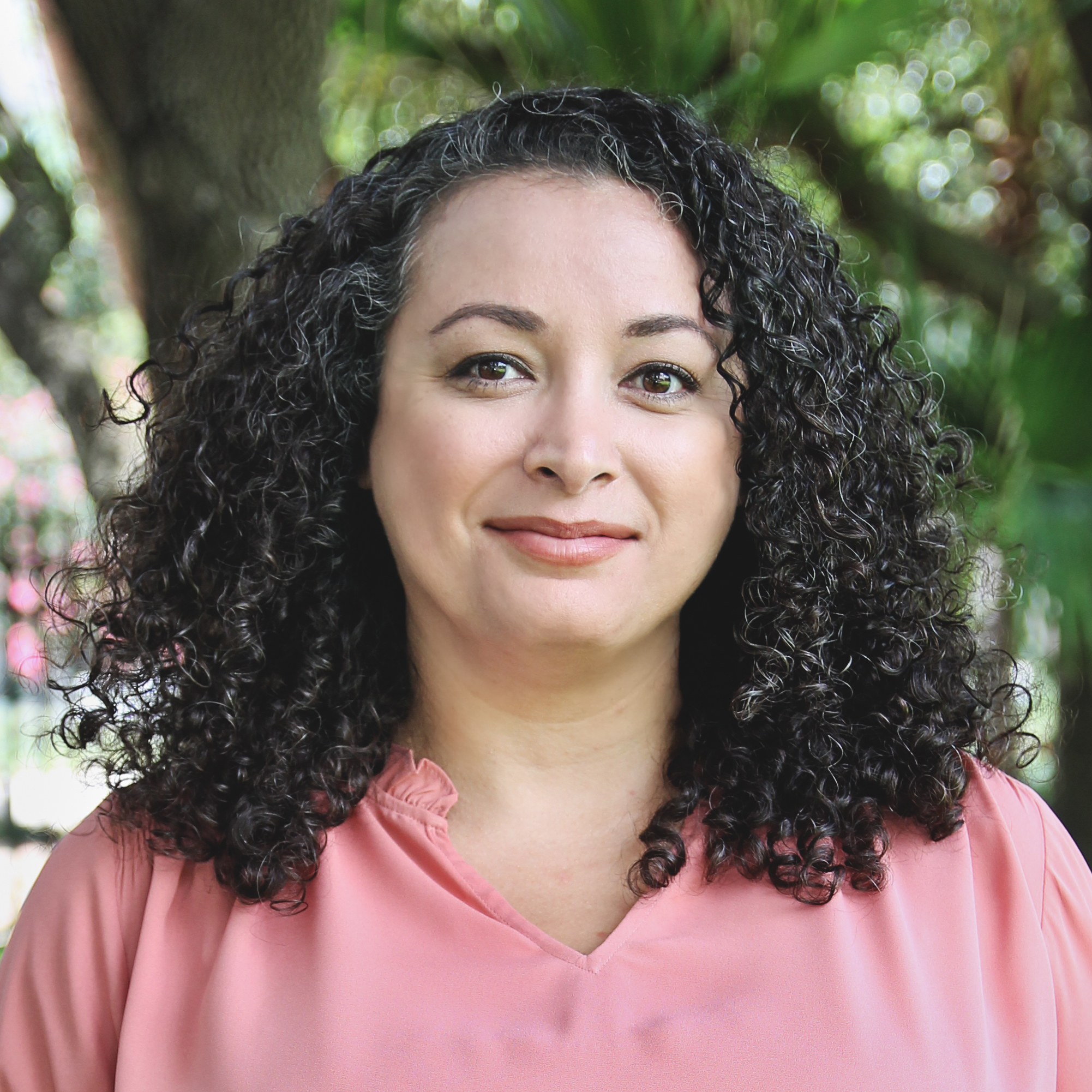 Ava Hernandez is the executive director of Public Allies New Orleans, an organization focused on cultivating homegrown leadership for a just and equitable New Orleans.

Ava recently returned to her New Orleans hometown after several years in Milwaukee, Wisconsin. In Milwaukee, Ava was the executive director of Public Allies Milwaukee and worked at the University of Wisconsin-Milwaukee connecting Latinx students and families to the resources of the university.

She currently serves on the advisory board of Juma New Orleans, and previously served on the boards of the ACLU Milwaukee chapter, Latinas en Accion, and Outpost Natural Foods.

She is a graduate of Louisiana State University with a degree in English with a concentration in Writing and Culture. 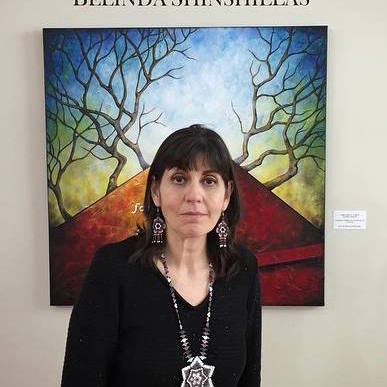 Belinda is an artist living in New Orleans. Being born in a city as eclectic as Mexico City and later moving to New Orleans has greatly influenced and expressed in her work. Her work has been of a contemporary nature using the figure as the important element in the visual narrative, merging it with abstract concepts and techniques as a way to move through a space. All her elements become a metaphoric voice, capturing the human nature that is reflected while balancing between intimacy and distance.

In a period of two years Flores-Shinshillas developed two projects using portraiture. “We’re all Alike” that consists of a series of portraits intended to create a large-scale installation, and “Decoding the Purity of an Icon” is a series of female oil portrait paintings on canvas with two installations.

She attempted to search for an intimate connection with the human soul, letting the most basic feelings emerge from the eyes of the people that surrounds her. This included people she knew or sometimes had just met.

Portraiture allows Flores-Shinshillas to explore emotions, experiences, memories and expectations. The ethereal nature of the human soul in the sublime unknown.

Currently, Flores-Shinshillas is working in two series consisting in works and installation of oil painting on aluminum panels, intaglio-etching prints and oil on canvas.

Her drawings and paintings are an extension of her identity, culture and the community she lives in, using form and color as an idea, an attitude and an interpretation that questions the permanence of the world surrounding her.

Flores-Shinshillas seeks a spiritual transformation through the use of different mediums for a visual experience. This approach conveys a wide range of sensations and emotions that transport the observer from total excitement to an apparent serenity. 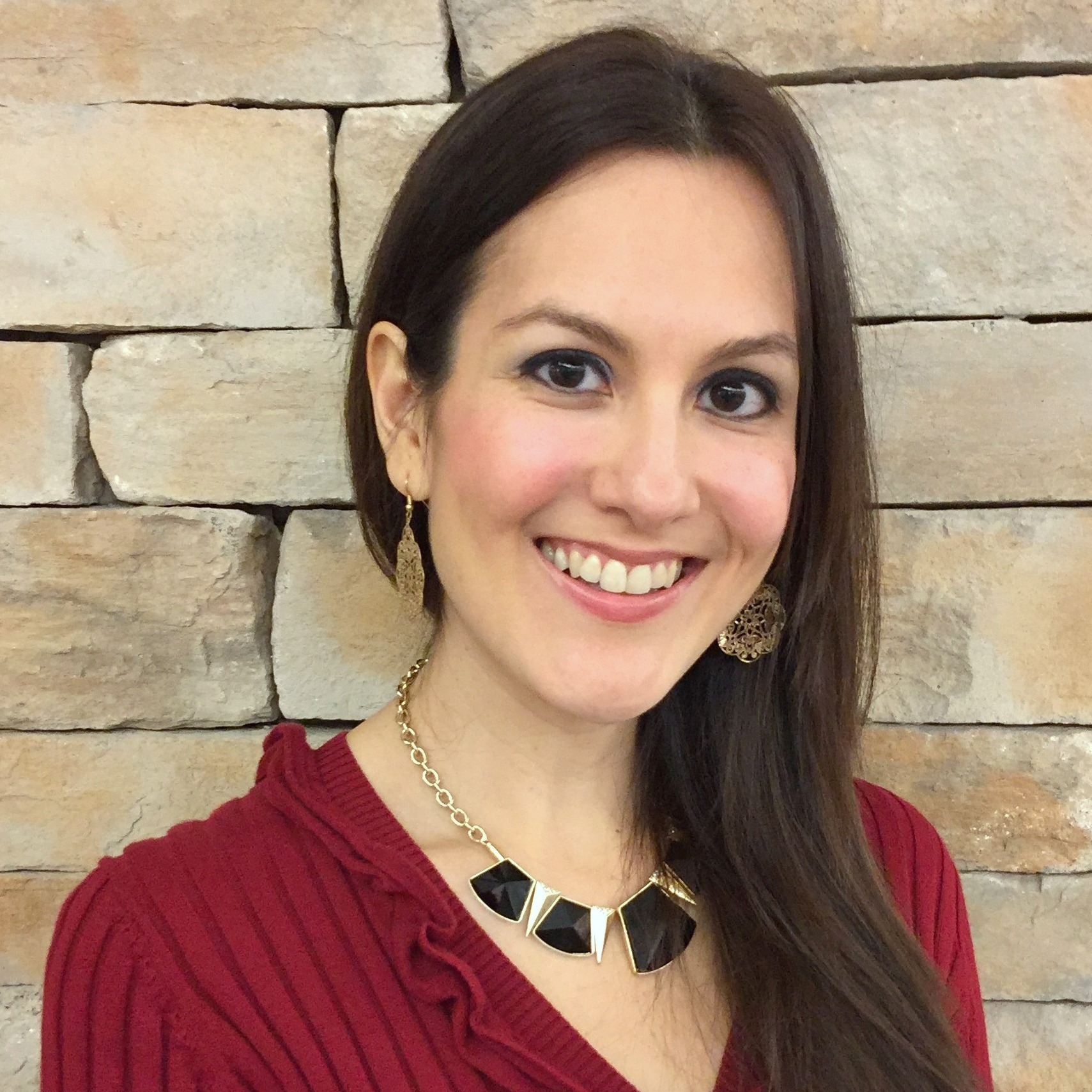 Alba is an Industrial Engineer with a passion for STEM education. She is heavily involved in the New Orleans tech scene through her work with New Orleans Women in Technology (WIT) and the New Orleans Mini Maker Faire. Alba has helped organize multiple educational workshops for professionals in engineering fields, and currently sits as president of the ‘Makers of NO’, a community workshop that offers tools and manufacturing resources to individuals pursuing projects related to art, technology and science. Alba has previously been recognized by the Ada Lovelace Awards, an annual event hosted by LookFar that recognizes the achievements of women in tech in the U.S. Southern States, and has been voted as one of the 100 most influential and active people in tech and entrepreneurship in Louisiana by Silicon Bayou News. 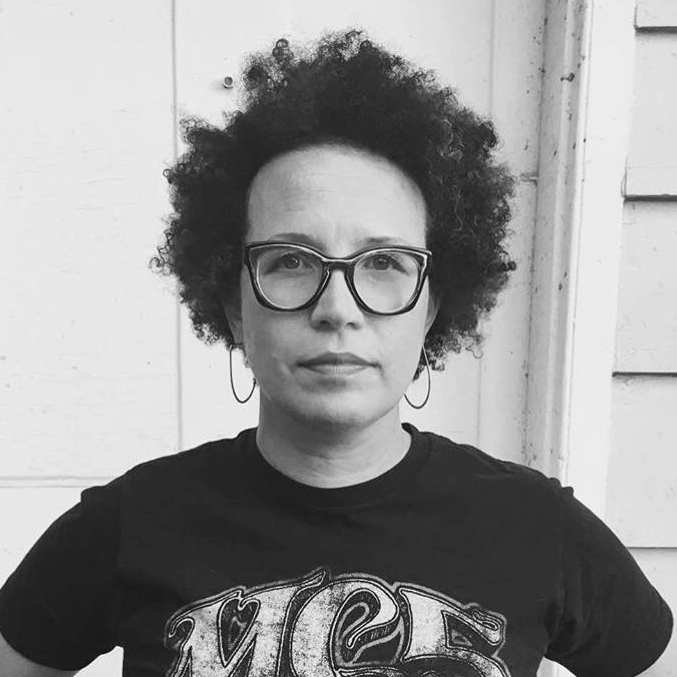 Darcy McKinnon is an educator, documentary filmmaker and Executive Director of NOVAC, the New Orleans Video Access Center, which has been supporting community-based media in Southeast Louisiana since 1972. She is a co-founder of ALL Y’ALL, the Southern Documentary Collective, with Elaine McMillion Sheldon. McKinnon’s work in documentary includes the film “Maquilapolis” (2006) and “Live, Nude, Girls, UNITE!” (2002) and “Animals” (2018). She produces documentary work with Southern filmmakers, and is currently in production on “Neutral Ground” with CJ Hunt, a documentary about New Orleans’ struggle to remove Confederate monuments, which is a Firelight Media Lab project, in development on “Commuted” with Nailah Jefferson, which explores the impact of Louisiana’s criminal justice dysfunctions through the portrait of the life of one woman, which just received development funding from Chicken & Egg. McKinnon is a veteran educator, having taught in New Orleans Public Schools before and after Hurricane Katrina, as well as working for FirstLine Schools as a media manager and high school placement coordinator from 2009-2012. In her role at NOVAC, she oversees community workforce development programs, documentary productions, independent filmmakers services and has greatly expanded the organization’s youth media program, serving young people in New Orleans, Baton Rouge and Jefferson Parish with digital media education programs that emphasize arts practice and technical career development. She serves on the boards of Educators for Quality Alternatives (the NET Charter Schools) and Shotgun Cinema, and formerly was a board member at the Louisiana Center for Children’s Rights. Her family on her father’s side is from the Islas de Bahia, Honduras, and she spent significant time living and working in Tijuana, BC, Mexico, and considers the success of Latinx youth to be hugely important in New Orleans’ pathway to equity and success. 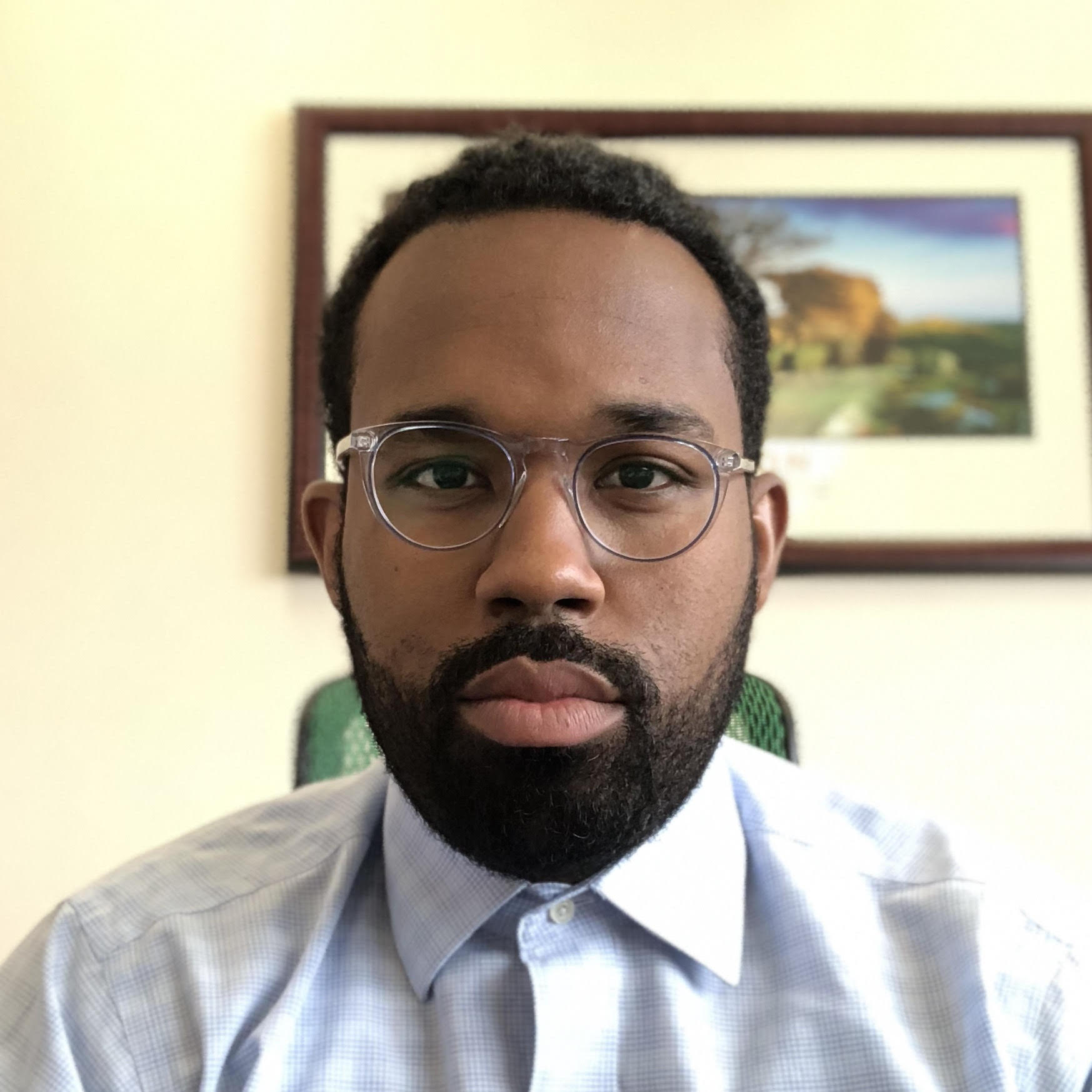 Jonas Perriott was born and raised here in New Orleans as a first generation American of Honduras decent. He currently serves Jefferson Parish as the manager of the parish’s Human Resource department. Prior to his current career, Jonas was a member of the armed services with Louisiana’s National Guard. He graduated the University of New Orleans with a Bachelors of Science in Marketing. Jonas is passionate about his local community and is the father of a daughter at Hynes Elementary. 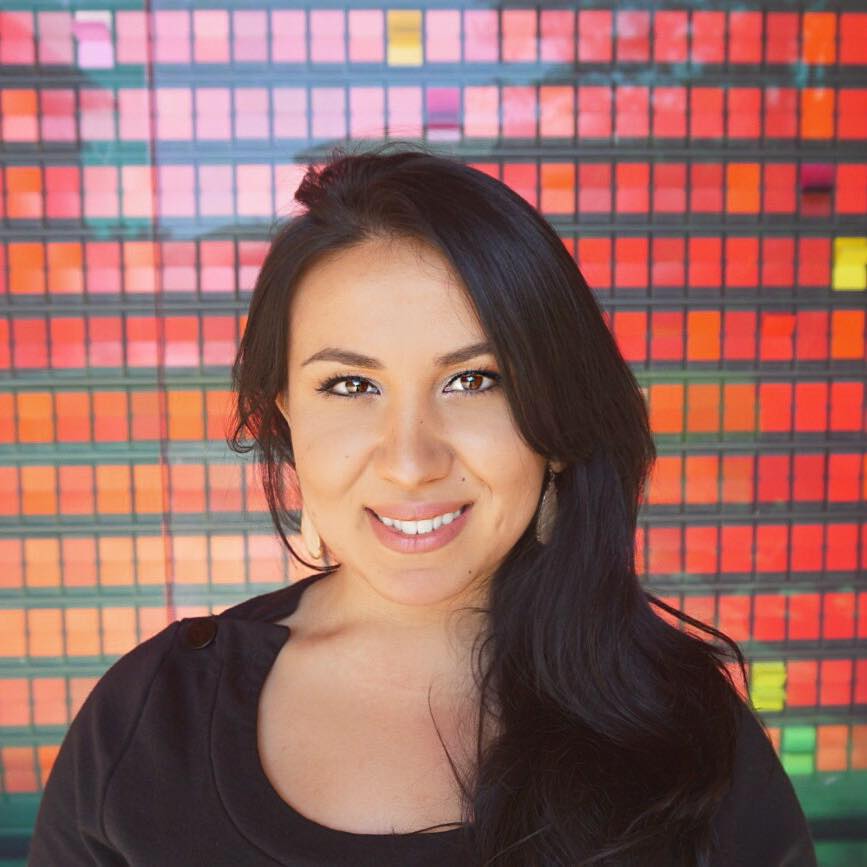 Diana Marquez is a New Orleans-based software engineer, with roots in Watsonville, CA. From a young age, Diana was engaged in grassroots organizing around her community. After years of working as a political field director, running GOTV and Voter Registration campaigns in areas with traditionally low voter turnout, she turned her attention to another passion: technology and education. In the past, she worked at Kickboard developing software to create happier schools by leveraging data and providing tools for educators across the country to improve their own schools’ culture. Currently, she works as a software engineer for General Electric. She’s a STEM-advocate – she traveled across the country with the Hispanic Heritage Foundation introducing young latinos to STEM professions and was on the advisory board for NOLA Women In Tech, working to increase women’s involvement in the Silicon Bayou growing tech field. She holds a B.A. in Communication from Stanford and a M.S. in Technology Commercialization from UT Austin’s McCombs School of Business.